"You admit yourself that he appears there at church quite simply dressed and all that; he hardly looks like a man of fashion." She added that in any event, even if, assuming the worst, he had been intentionally rude, it was far better for us to pretend that we had noticed nothing. And indeed my father himself, though more annoyed than any of us by the attitude which Legrandin had adopted, may still have held in reserve a final uncertainty as to its true meaning. It was like every attitude or action which reveals a man’s underlying character; they bear no relation to what he has previously said, and we cannot confirm our suspicions by the culprit’s own testimony, for he will admit nothing; we are reduced to the evidence of our own senses, and we ask ourselves, in the face of this detached and incoherent fragment of recollection, whether indeed our senses have not been the victims of a hallucination; with the result that such attitudes, which are alone of importance in indicating character, are the most apt to leave us in perplexity. 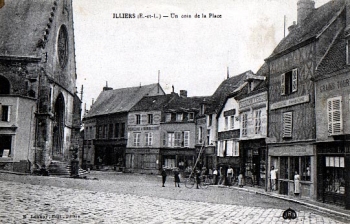