Then I observed the rare, almost archaic expressions

Then I observed the rare, almost archaic expressions he liked to employ at certain moments, in which a hidden stream of harmony, an inner prelude, would heighten his style; and it was at such points as these, too, that he would begin to speak of the "vain dream of life," of the "inexhaustible torrent of fair forms," of the "sterile and exquisite torment of understanding and loving," of the "moving effigies which ennoble for all time the charming and venerable fonts of our cathedrals," that he would express a whole system of philosophy, new to me, by the use of marvellous images that one felt must be the inspiration of the harp-song which then arose and to which they provided a sublime accompaniment. 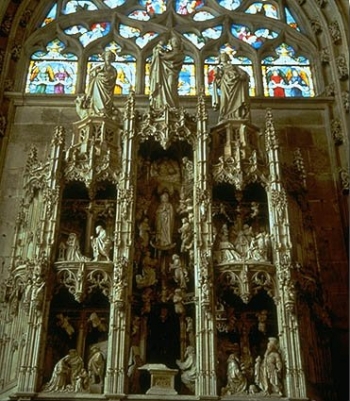