For even if I had bought it at Combray

For even if I had bought it at Combray, having seen it outside Borange's–whose grocery lay too far from our house for Françoise to be able to shop there, as she did at Camus's, but was better stocked as a stationer and bookseller–tied with string to keep it in its place in the mosaic of monthly serials and pamphlets which adorned either side of his doorway, a doorway more mysterious, more teeming with suggestion than that of a cathedral, it was because I had recognized it as a book which had been well spoken of by the school-master or the school-friend who at that particular time seemed to me to be entrusted with the secret of truth and beauty, things half-felt by me, half-incomprehensible, the full understanding of which was the vague but permanent object of my thoughts. 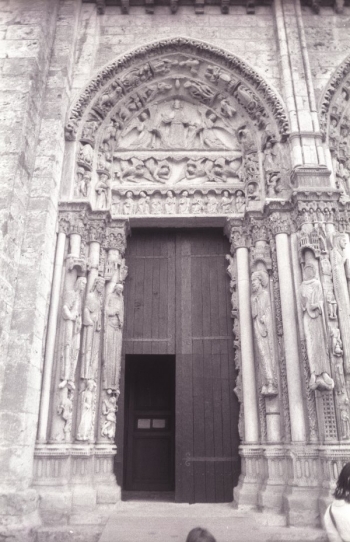