And again, after mass

And again, after mass, when we looked in to tell Théodore to bring a larger loaf than usual because our cousins had taken advantage of the fine weather to come over from Thiberzy for lunch, we had in front of us the steeple which, baked golden-brown itself like a still larger, consecrated loaf, with gummy flakes and droplets of sunlight, thrust its sharp point into the blue sky. And in the evening, when I came in from my walk and thought of the approaching moment when I must say goodnight to my mother and see her no more, the steeple was by contrast so soft and gentle, there at the close of day, that it looked as if it had been thrust like a brown velvet cushion against the pallid sky which had yielded beneath its pressure, had hollowed slightly to make room for it, and had correspondingly risen on either side; while the cries of the birds that wheeled around it seemed to intensify its silence, to elongate its spire still further, and to invest it with some quality beyond the power of words. 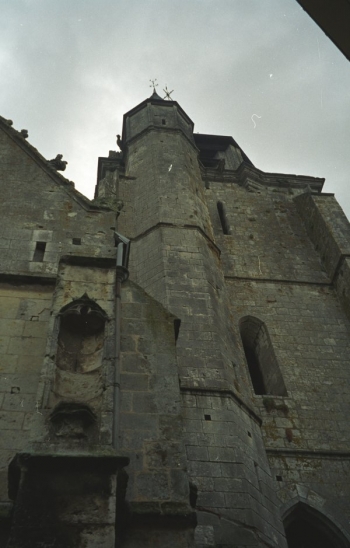