She attempted by a subterfuge, if not to eliminate altogether this commercial banality, at least to minimise it, to supplant it to a certain extent with what was still art, to introduce, as it were, several "thicknesses" of art: instead of photographs of Chartres Cathedral, of the Fountains of Saint-Cloud, or of Vesuvius, she would inquire of Swann whether some great painter had not depicted them, and preferred to give me photographs of "Chartres Cathedral" after Corot, of the "Fountains of Saint-Cloud" after Hubert Robert, and of "Vesuvius" after Turner, which were a stage higher in the scale of art. 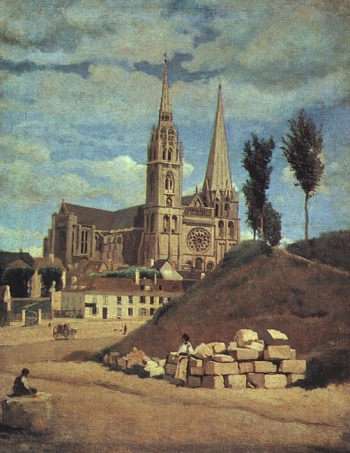