One day my mother said to me

One day my mother said to me: “You’re always talking about Mme de Guermantes. Well, Dr Percepied took great care of her when she was ill four years ago, and so she’s coming to Combray for his daughter’s wedding. You’ll be able to see her in church.” It was from Dr Percepied, as it happened, that I had heard most about Mme de Guermantes, and he had even shown us the number of an illustrated paper in which she was depicted in the costume she had worn at a fancy dress ball given by the Princesse de Léon.
Suddenly, during the nuptial mass, the verger, by moving to one side, enabled me to see in one of the chapels a fair-haired lady with a large nose, piercing blue eyes, a billowy scarf of mauve silk, glossy and new and bright, and a little pimple at the corner of her nose. 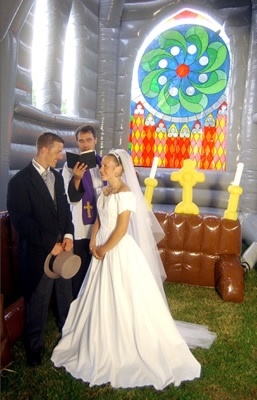