And I knew that they bore not only the title of Duc and Duchesse de Guermantes, but that since the fourteenth century, when, after vain attempts to conquer its earlier lords in battle, they had allied themselves to them by marriage and so become Counts of Combray, the first citizens, consequently, of the place, and yet the only ones who did not reside in it—Comtes de Combray, possessing Combray, threading it on their string of names and titles, absorbing it in their personalities, and imbued, no doubt, with that strange and pious melancholy which was peculiar to Combray; proprietors of the town, though not of any particular house there; dwelling, presumably, outside, in the street, between heaven and earth, like that Gilbert de Guermantes of whom I could see, in the stained glass of the apse of Saint-Hilaire, only the reverse side in dull black lacquer, if I raised my eyes to look for him on my way to Camus's for a packet of salt. 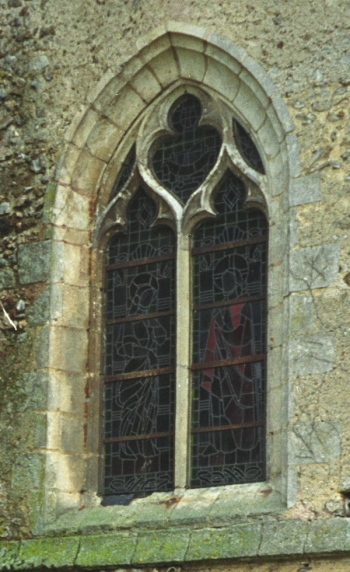